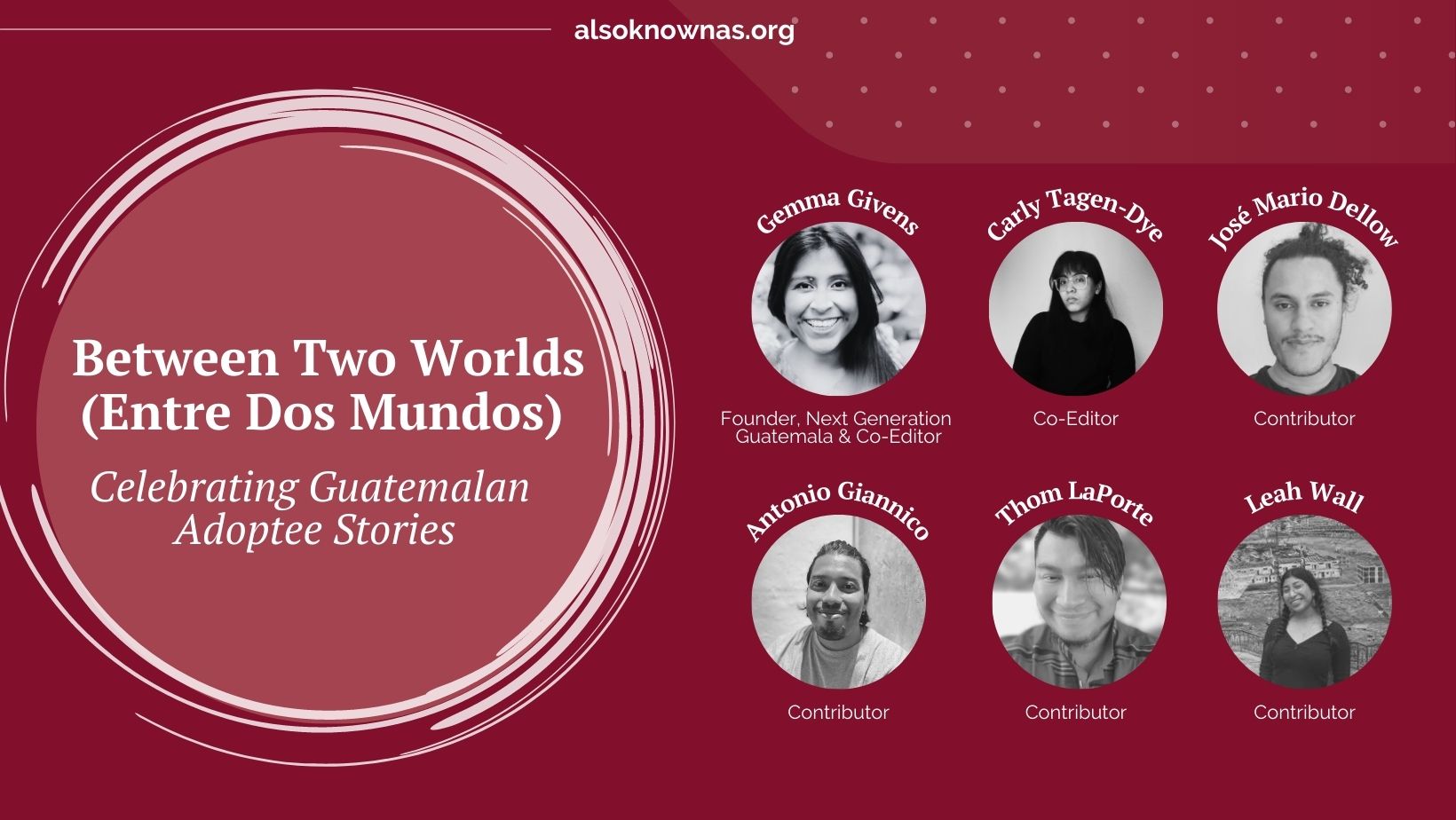 Also-Known-As is excited to celebrate the publication of Between Two Worlds (Entre Dos Mundos), a special issue of Maya America: Journal of Essays, Commentary, and Analysis from Next Generation Guatemala. Featuring co-editors Gemma Givens and Carly Tagen-Dye, this free and virtual event will include a reading of their work, a discussion of the writing process, and a reflection on the publication’s significance to the Guatemalan adoptees and the broader international adoptee community.

Gemma Givens: Gemma Givens is the founder of Next Generation Guatemala (NGG). Her story has been covered by the Associated Press, Nomada Magazine, UC Berkeley News, and Emmy Award winning documentary, The Lost Children of Guatemala, by Telemundo. Gemma was a speaker for the forum, Volverte a Ver, Niñez Desaparecida en Guatemala hosted by Grupo Apoyo Mutuo, guest lecturer for the Vanderbilt GuateSeminar, UCLA course, Indigenous Diasporas: Adoption, and presented at the conference, 200 Years of CentralAmerica in the World/200 Jahre Unabhängigkeit Zentralamerikas in Berlin. NGG received an honorable mention in the new ideas for nonprofit organizations category for the 2020 Emprendete Guatemala competition.‍

Carly Tagen-Dye: Carly Tagen-Dye is a writer and editor based in New York City. Her fiction and nonfiction have appeared in The Augment Review, NY Press, Alma and The Sock Drawer, among other outlets. Her short story, "At The Water's Edge," was a winner of the 2021 Rehoboth Beach Reads Short Story Contest, and her novel, All That You Can See, was a finalist for CRAFT's 2022 First Chapters Prize. She has done editorial/reader work for The Brooklyn Rail, 826NYC, Patchwork Literary Magazine, and Maya America Journal.